Apple – Some Fruit Should Remain Forbidden 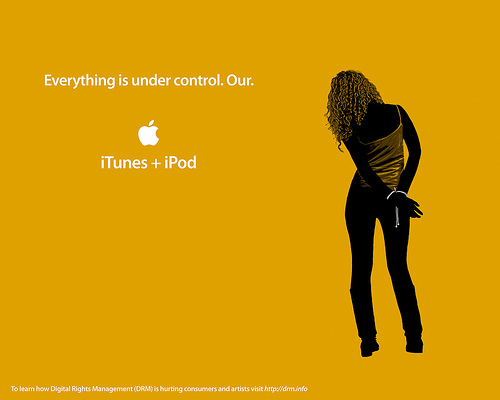 Steve Jobs may be gone but Apple’s legacy is still alive.

“An Australian court issued a temporary injunction that bars Samsung from selling its Galaxy Tab 10.1 tablet computer in the country. The judgement is a big win for Apple, which has filed lawsuits worldwide alleging that Samsung had copied its iPhone and iPad.The Australian court ruled Samsung could not sell its device if included certain features such as a touch-screen.”

It is stuff like this that has made me really dislike Apple as a company. That and their annoying commercials. They specifically market to a liberal audience but the company is anything but liberal. Unlike all other computer companies, Apple does everything in its power to make it difficult to use its products with any other software, add-on, etc that is not sold by Apple. And aside from a few software and interface differences Apple charges three times the price for the same hardware. But I guess it’s worth the extra cost if you can get your laptop in hot pink.

If something goes wrong with your Iphone, Ipad or Macbook you have to take it to a “Genius” (how pretentious) because they design their products so the consumer cannot possible fix them on their own. Why? More money.

I’ll admit Apple has pushed the envelope in technology and has designed some very captivating products, products I might be willing to purchase and use if I didn’t have to adhere to Apple’s totalitarian business model but truth be told Apple’s greatest accomplishment is marketing, far surpassing it’s technological achievements.

It’s a bit misleading that Apple’s logo is an apple with a bite taken out of it because Apple has made it quite clear there’s no way in hell anyone is getting a bite from them. That is unless you pay and pay handsomely for it.