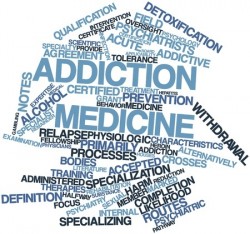 I fell off the wagon last weekend. Not from alcohol, although whether I’m an alcoholic is still up for debate, at least in my mind. No, this weekend it was video games. I generally abstain from video games, only playing occasionally with friends in their homes. Video games hold me captive more than anything else I’ve experienced short of nicotine. Fortunately, I learned this when I was a teenager and since then I’ve made a point of never owning a gaming system and I avoid the video game aisle at Best Buy.

It doesn’t matter what the game is, I’m addicted to them all. Every now and then I’ll find myself playing solitaire on my phone and before I even realize it three or four hours have gone by. A couple of years back my dad bought a Wii. On a visit I stayed up until four in the morning bowling – striving for the perfect game. I could barely move my arm the next day.

When I was in my mid-twenties a friend insisted I play a video game he liked and gave me a copy. It had been nearly a decade since I’d played a game alone. I was a kid back then, I told myself. I’ve matured. Surely I can handle myself. Wrong. I played every waking minute of the day and to make sure there was more play time I barely slept or ate. Although I never dropped so low to call in sick to work I still tried to get out of my shifts and when I couldn’t the game spun in the back of my mind until I got home then straight back to playing. I played nonstop until I beat the game. Took me about a week.

Anyway, I have a copy of Civilizations IV on my computer from another lapse in judgment a few years back. On Friday I was feeling like a little more of an interactive escape, television and movies were boring me, reading seemed unappealing. I thought, no big deal, just a few hours. I played until I finished the game. For all of you who’ve never played Civ, games last at least eight hours. At around four in the morning I shut down the computer and went to sleep. Next day, I went right back to it. This time until eight in the morning.

If I’m going to have an addiction I’m glad it is to video games and not something illegal and potentially more harmful like crack or heroin. I say “potentially” because addiction is the beast not the object of said addiction. It’s the obsession that harms peoples’ lives. A crack rock never hurt anybody. I person horribly obsessed with crack who will do anything to get it is a different story. Still, people think I’m ridiculous when I say I’m addicted to video games. I’m sure if it was a crack addiction people would take me a bit more serious.