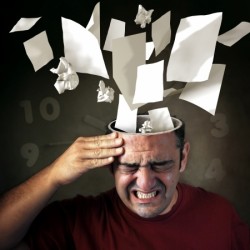 I figured it was time for a progress report. Rewrites have been coming along much much slower than I originally thought. Why? Because I hate it and therefore spend a lot of time avoiding rewriting the book all together.

One of the reasons I hate editing my work is because of all of the intangibles. Sure there are plenty of tangibles: grammar, punctuation, spelling, timeline, facts, shoring up research, but that's not what rewriting is really about. What rewriting is really about are the intangibles: pacing, character arc, character development, word choice, humor and the one I love the most, is it any good. These are the things that infest my mind and eventually cause me to blackout on rewrites altogether. Still, I'm making progress, progress that comes in short fitful bursts.

To keep myself distracted with minimal guilt I've been jotting down and outling ideas for another book. I've also been working on a couple of short stories that will hopefully be complete and posted here soon.

With the Presidential election right around the corner, politics has been a big distraction too. Mainly I've just been having fun with it. It's hilarious how people get so worked up over "their" candidate. You would think they were defending their mothers not some inaccessible professional politician whose only concern for an everyday citizen is how he's going to vote. And even then, they only care if you live in a swing state.

Still, I love reading the comments that follow a polarizing online article. I don't participate in the conversation. Instead I sit back and laugh at all of the impassioned idiots supporting their particular presidential candidate. Or, more often than not, angrily vilifying the opposing candidate. Both sides throw out mostly meaningless facts and statistics that aren't supported with citations or links. Although both sides, democrats and republicans, are guilty, I'll admit from what I've read, the Republicans have a sizable edge when it comes to baseless facts. Based on recent polls it looks like that is the only sizable edge they'll have in this election.

In my opinion both Obama and Romney are poor presidential choices, maybe not equally poor choices, but poor, nonetheless. The reason is both are beholden to the big money that comes from big corporations. As long as corporations are considered people by our government and money dictates how loud a person's political voice is, every average American is screwed.

Uh-oh, I feel a rant coming on but don't worry, I'll put the brakes on.