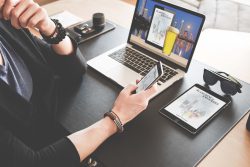 The Texas countryside was more beautiful than Jason had expected. It was not as beautiful as some of the more rural areas of Colorado, but not nearly as treacherous either. Texas highways had guardrails, even if they didn’t need them, unlike many mountain roads in Colorado.

Yesterday, while nursing his hangover, Jason had mulled over his short phone call to what he’d thought was Sheila Hendenmeier’s household. He felt there was something the man on the phone hadn’t told him, so he found the address behind the phone number, rented a car and was now driving down Highway 71. As he drove, Jason wondered if he would’ve made this bold decision if he hadn’t been hung over. Is it possible? Could there actually be a hidden benefit to a hangover? he wondered. Decisiveness had never been one of Jason’s strong suits, and it was just possible that his diminished mental facility quieted the neurotic thumping of his thoughts just long enough for him to make a quick and reasoned (not out reasoned) decision. But now his neurosis was flipped back on, at least at half speed, and he hoped the decision hadn’t been rash.

Sweat beaded on his forehead as he imagined a burly six foot eight man answering the door. Behind him was a petite, pregnant girl, barely visible behind her behemoth partner.

“Um, I think that might be my baby,” Jason figured he’d say as he ducked his head around the slab of meat to take a peek at the face behind the abundant uterus. Then in Jason’s musings, he saw himself laying face down on the sidewalk as the surrounding cement turned scarlet from the massive amount of blood spurting from his body as Shelia shouted, “Call an ambulance.”

“Fuck him,” the ape-man replied.

In his mind Jason saw a pan-out shot from overhead, his body center screen, blood spilling into the streets, then a close-up on the blood at the curb, bubbling like a forest stream. The camera followed it down so that he could feel the movement until it streamed into the gutter. The camera paused then followed his blood into the gutter until the screen went black.

“I’m just being a drama queen,” Jason said to the steering wheel. “There would never be that much blood. There’s always too much blood in movies. Most likely, he’d just club me on the head with enough blood to soak my clothes, and I’d be left there to die.” He knew this was a ridiculous scenario but thoughts mingled with imagination are a rueful thing. As he passed by barbewire that fenced in meandering cows, his mind drifted from death to romance. When was it that he had given up on relationships?

His head rewound like a VHS tape complete with the wrrrrrr sound. He saw Becky slapping him then slamming the door in the very same injured face. Becky cried on her knees in the living room while he paced back and forth, creating a pattern between the dining room and kitchen, his hands in constant motion as his mouth moved silently. The tape picked up speed and blasted through Robin, Angela, Sarah, Sylvia and Danielle. Finally, the tape clicked. It had reached the beginning. Jason pressed play.

Jason saw the image of Melanie Crawford; she was an eight-year-old pudgy girl with natty brown hair. She had a freckled face and thick red-rimmed glasses, sized to fit an adult with bad taste. If she didn’t already have enough biology working against her, she also was just plain strange. She broke out into New Kids on the Block songs while the teacher explained grammar. Her art projects were always a disaster. Her hand-outlined turkey became a four-headed snake, fighting to devour the princess represented by the middle finger. When she thought no one was looking, she sniffed random things like a wall, a chalkboard or the teacher’s desk. Sadly, she never sniffed herself, which is why she received the taunt of Smelly Melly.

Jason had felt bad for her. Sure, she was different, but that didn’t give the other kids the right to be mean to her. One day, Jason waited for his mom to pick him up after school, and, as usual, she was late. Most of the kids were gone. He was pacing up and down the curb in front of the building when he heard a whimpering. When he turned the corner, he saw Melanie crying in a brick corner, knees on the smooth cement, head bent into the bricks.

Melanie continued her sobs but muffled them accordingly.

Jason starred at his feet, hesitated then laid a hand on her shoulder. “Hey, you okay?”

Melanie stifled her tears and looked up at Jason from her crouched position. “What do you care?” she asked as she grabbed her over-sized glasses and put them on her tear-streaked face.

Jason shrugged off his backpack and slouched against the wall until his butt hit the cement. “I don’t.” He sat there in silence with Melanie until he heard the honk of a horn and saw the familiar black Monte Carlo across the school’s front lawn.

Jason’s memory cut to another scene. Melanie stood with Jason after school, collecting the chalkboard erasers. She was bent over laughing. “How do you know if you don’t try?” she asked Jason.

“But it smells like frustration with a hint of happiness.”

“You’ll never know if you don’t test it out.”

Jason laid the erasers in his hand to his side and leaned into the chalkboard until the tip of his nose touched it. He took a deep inhalation.

Jason didn’t smell anything but a delayed sneeze. Still, he lied, “Yeah, sort of.”

Melanie and Jason exited the classroom, their arms full of dusty erasers, giggling as they passed through the heavy glass doors with push bars to the outside.

Jason smiled to himself and wondered how Melanie had turned out. He considered stopping for a snack in one of the small towns he’d passed when his smile vanished, and he pushed play on the imaginary tape once again.

The whole class stood single file along the silver line that separated the large hallway tiles. Mrs. Robbins, their teacher, had disappeared into another classroom but had made sure to scare the students into obedience in her absence. Eventually, the students gave up their face-forward stances and opted for the more leisurely wall-leaning stance.

Melanie approached Jason, breaking the line and the rule Mrs. Robbins had set out. “So, you gonna help me clean the erasers after school again?” Melanie asked. Jason turned red for several reasons. First, he really didn’t like disobeying Mrs. Robbins. Second, there was a girl talking to him. And third, he didn’t want anyone to know he had sort of befriended Melanie Crawford, but it was too late.

Mike House, the class cut up, started in. “Hey, Smelly, back of the line.”

“Oh, it’s okay, Jason, you can go to the back of the line with your girlfriend,” Mike said. Everyone in line laughed. Jason ignored the comment.

“Why don’t you just kiss her so she’ll shut up,” Mike continued to taunt. This time Melanie turned bright red.

The knot Jason already felt in his stomach grew tighter and tighter. So did his clinched fists. Not realizing what he was doing, Jason exited the line and approached Mike. He screamed, “She’s not my girlfriend!” and punched him in the face. Mike hit the tile floor and Jason stood over him, his face getting hotter and hotter until tears began streaming from his eyes. The clamor of the class, combined with both Jason’s and Mike’s cries, alerted Mrs. Robbins who went from alert to angry very quickly.

Jason had been yanked to the principal’s office where his punishment was the paddle. It wasn’t the pain that had caused Jason’s tears. The shame and embarrassment had been enough. The paddle itself had barely hurt. Mike never teased Jason and Melanie again. But Jason also made a deliberate effort to never give Mike cause to do so and ignored Melanie at all costs and in every way after that day. He never teased Mel, but he never stuck up for her again either. By the time fifth grade rolled around, Jason no longer had to worry about ignoring Melanie. She never showed up for fifth grade and Jason never knew why. He always figured her family had moved away. Regardless, he breathed a sigh of relief the day he realized that Smelly Melly was no longer a problem, despite feeling just a bit ashamed he’d ever considered her a problem at all.

Jason flipped through the radio stations, but before he could settle on one, he just turned it off and took the first populated freeway exit. He needed some beef jerky.