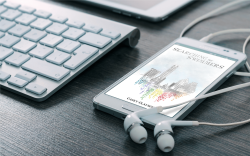 Jason shot up straight, sweat pouring down his neck. The screaming pile of babies nightmare had returned as it had every few days for the last month. He had given up weed and cut back on booze, hoping they would abate.

He showed up to work bleary-eyed with his hair disheveled and his brain not much better. He had been at his desk for a while before he realized that Brenda had remained silent since he came into the office. There was no office gossip, no praise about one of her children, not even a good morning. Maybe she was having a bad day too, Jason figured.

Before Jason got a chance to start on the pile of paperwork stacked on his desk, Maureen came in. “Jason, could I please see you in my office?”

As Jason walked to the doorway, Brenda looked at him and said, “I’m sorry, Jason.”

Jason was staring into his third beer when Ross popped through the door.

“Geez, Jason, you look like shit.” Ross ordered a beer. “How many have you had?”

“Normally, when people get canned they jump straight into the liquor. I commend you on your restraint.”

“Yeah, well I figured I want to get tanked but I also want to drink all day. Best to pace myself a bit. Besides, beer is cheaper than the hard stuff.”

“Well, I only have an hour lunch break so start your whining now. You’ll probably be too tanked by the time I get off to say anything intelligible, restraint or not.”

“Well, there’s not much to say. I wasn’t fired for performance reasons, just laid off. Cut backs and what not.”

“That’s shocking. Guess I always envisioned you as a shit employee. Sure they didn’t just say cut backs to spare your feelings?”

“If they were just trying to spare my feelings, they really took it to another level.”

“Well, I can file for unemployment.”

“And I got a severance.”

“Think they just felt guilty. So soon after the holidays and all.”

“Well, why the hell so gloomy in your beer for? This sounds like a good thing.”

“A good thing. Are you kidding? Have you seen this economy? Things are shit.”

“Okay, fine. I hated my job and a big part of me is happy that I don’t ever have to go back to that fucking place ever again.”

“That’s the spirit. Well, then this is a celebration, not a let’s feel sorry for myself and get tanked time.”

“I wouldn’t go that far. Still have this whole sperm crap hanging over my head.”

“Do you really care where your spunk is?”

“I certainly don’t like the idea of having a kid I don’t know about floating around the world somewhere.”

“The big deal is my nightmares won’t stop. It freaks me out. I never wanted to bring life into this fucked up world.”

“You didn’t bring it, man. It was ripped from you, and that’s only if your spunk is actually used.”

“Then there’s only one thing left to do.”

“Get off your ass and find out what happened to your spunk.”

“Not whatever. Finally get off your lazy, apathetic ass and do something. You’ve got some money. You don’t have a job anymore to hold you back.”

“Help me out here. Do what, exactly?”

Ross held his phone in Jason’s face. “Look, it’s in Austin, Texas. I say you fly down to Austin and demand they tell you where your spunk is. You don’t leave until you have a fucking answer, period.”

“I don’t know, I should start looking for another job.”

“Fuck another job. The economy’s shit right now, plus it’s right after holiday season. No one’s really hiring right now, at least, not for long-term positions. You’ve got plenty of cash saved up too, don’t you?”

“Yeah, but I don’t really want to dip into my savings.”

“From what you told me, you don’t even have to dip into your savings until at least April, and you can file for unemployment if you still don’t have a job.”

“No but. It’s time to get off your lazy ass and do something. You’ve been given a golden opportunity here. Don’t fuck it up.”

Jason lifted the bottle to his lips and drained the rest of his beer. “You’re right. I’m going to fucking Austin.”

“Good. Now that I’ve handled your crisis, I can enjoy my second beer in peace before I go back to work.”