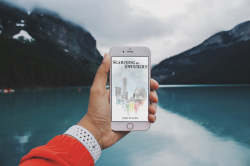 Jason shook the Jiffy Pop container over the gas burner. His friends routinely made fun of him for not having a microwave, but Jason wore the criticism like a badge of superiority, like he did with many of his Luddite ways. He liked technology, was even fascinated by it, but had too often seen the harmful effects it had on society. He liked to believe he was intellectually in sync with the idea that with every leap of telecommunications, the world got smaller but also more impersonal. Face-to-face conversation gave way to the telephone then the cell phone. Letters turned into email, then text messages, then Facebook, now tweets. Communications were made easier but far less impactful. People in today’s society were finding it impossible to escape the pressures of connectivity, most likely due to the fact that in today’s society it was basically impossible. So he took refuge in small ways. The microwave was one of them, an especially ironic note seeing as he’d defied the bachelor stereotype and had done so for so long.

“Hey, you about done with that popcorn, Grandpa?” Jessie shouted from the living room. “We’re ready for the show to start.”

“Yeah, where are the previews? I like to watch previews before a movie,” Ross shouted.

Jason ignored his friends’ taunts while the popping sputtered like baby machine gun fire then crescendoed into a pregnant foil bag atop the disposable, makeshift skillet. Jiffy Pop was one of his few pleasant childhood memories.

Jason entered the living room with a large bowl of popcorn and two fresh beers for him and Ross; he then plopped between Jessie and Ross on the couch.

“Foul. Foul. Unfair play.” Jessie threw her napkin in the air like a penalty flag. “If I can’t drink, you two punks can’t either.”

Ross grabbed the sweaty bottle and took a long pull. “The fuck we can’t. We’re not your whimpy….” He paused. “What do you call him now? Life partner?”

Jessie shoved Ross. “Just because I’m having his baby doesn’t mean his title changes. Well, not until the baby’s born, then his title will be Daddy.”

“Uhhgg. Don’t make me vomit before I finish my first beer.”

“Yeah, Jess, it’s not our problem that John knocked you up. You’re just going to have to settle for popcorn.” Jason offered her the bowl. Jessie begrudgingly took a handful of popped kernels and shoved them into her mouth, pouting. Jason brought Netflix up on his projector screen. “So what are we going to watch?”

“No chick flicks,” Ross said directly to Jessie. “I know those hormones are flowing, but you’re not crying in my popcorn.”

“Hey, you get beer. The popcorn’s mine.” She grabbed the popcorn bowl from the table and cradled it in her lap the best she could with her baby bump.

Jason’s phone beeped on the coffee table. Ross snatched it up. “Looks like you have an email, Jason.”

“Yeah, I need to switch off that feature. It’s driving me crazy.”

“Give me the phone.”

“What are you, twelve?” Jessie asked. She snatched the phone from Ross and handed it to Jason.

“Damn, you two are nosy. It’s probably just junk.” His friends had roused his own curiosity. “Hmm. It’s from CryoGenerous. Probably just telling me that my sperm has been terminated.”

“When did you decide to do that?” Jessie asked.

“About the same time they decided they were going to charge me fifty bucks a month for storage.” Jason’s brow furrowed while he continued reading the email.

“Hmm. The email said they couldn’t complete the termination of my specimen.”

Jessie reached around Jason and stabbed Ross in the ribs with her finger. “Shut up.”

“Weird. Seems they misplaced one of my vials.” Jason’s face went from consternation to panic. “What the fuck does that mean?”

“Sounds like they lost your spunk, bro,” Ross cackled.

“How? Where?” Jason dialed the toll free number in the email. Immediately he was presented with an automated voice. After pushing several buttons, the phone rang for a live operator. He was greeted by another automated voice. “Thank you for calling CryoGenerous. Our offices are currently closed. Please call back during the hours of 7:00 a.m. to 7:00 p.m. for assistance. If you’d like to leave a message please press one or wait for the tone.” Jason hung up the phone. Blood flushed his face as he began to mindlessly pace in a small four-foot path. His mind raced.

“So, call them tomorrow.”

“Yeah, nothing you can do now. Take a load off. Drink a beer or six, and let’s watch a movie,” Ross suggested.

“Yeah, Ross is right, Jason. Nothing you can do about it right now.”

Jason’s sleep was restless that night. His dreams contained endless horizons with landscapes littered with babies—babies of all shapes and sizes, some tiny, some fat, some twenty feet tall, some crying, some laughing, but all of them, regardless of skin and eye color, were his. There were moments when the crying and giggling would stop, and the only thing more terrifying than the silence was when the silence was broken by the unanimous outcry of millions of children babbling the word, “Daddy.”

Jason woke with a start, nearly leaping out of his bed. Despite the cold temperature of the room, he was draped in sweat. Immediately, he got out of bed and stripped off his T-shirt and sweat pants. He looked at the clock: 5:00 a.m. His alarm was scheduled to go off in two hours. He sat on the edge of the bed and leaned his damp head into his clammy hands. “What the fuck is wrong with me?” He stood up, let his eyes acclimate in the darkness and made his way into the bathroom; he splashed cool water on his face and stared into the mirror. “Why is my missing sperm screwing with me so much?” he asked the reflection in the mirror. “It’s all probably just a misunderstanding.” He felt less freaked out. “There was probably just a massive system error. Probably already an apology email, admitting their mistake, sitting in my inbox…accompanied by an official notification that my sperm has, in fact, been terminated.”

He thought he sounded convincing, but as he dried his face and peered again at his image peeking from beneath the towel, something in his eyes disturbed him. He couldn’t discern what it was that unsettled him. He dropped the towel, leaned into the mirror, and laughed. “I’m driving myself crazy over a fucking nightmare. He laughed harder. “I’m being ridiculous.”

He went back to the bedroom and slipped into bed, but sleep would not come. “Fuck it,” he said as he threw off the covers. He got up and padded into the kitchen and made himself a cup of coffee. He had almost two hours before he could call. He turned on the TV; the morning news shows were reporting another school shooting. He settled on the CW and watched back-to-back episodes of The Fresh Prince of Bel-Air.

The digital clock on his cell phone read 6:59 a.m. As soon as it ticked over to 7:00 a.m., Jason picked it up and immediately dialed CryoGenerous. He waded through the automated voices, rapidly clicking through numbers as if trying to win a prize for getting to an actual human voice the fastest. “At least the cable company lets me speak to a real person…some guy in India, but it’s more personal than this shit,” he grumbled. “Don’t people actually talk to one another any more?”

Several times Jason got frustrated and hung up, only to redial and start the annoying process all over again. Each time he dialed, his keystrokes got quicker and quicker, cutting off the voice because he already knew which number to push. After about five minutes of redialing and button pushing, someone finally answered the phone.

“CryoGenrous, how may I help you?”

“Please tell me this is one of your good days.”

“Still too early to tell.”

“Well, I received this strange email.”

“Do you have your customer number?”

“I received an email saying that my sperm couldn’t be terminated, at least, not all of it. I’m sure it was a mistake, but I just wanted to call and verify that it was, in fact, a mistake.”

“No mistake, Mr. Purdue. Half of your specimen has been terminated. The other half, well…,”

“Missing. What the fuck does that mean?”

“Now, there’s no need for profanity.”

“It, well, it just means that it’s been misplaced, probably just mislabeled when it was inventoried. I really wouldn’t worry about it. We will locate it and terminate it properly.”

“I’m supposed to believe that?”

“Really, no need to worry.”

“You promise me Ms. Taylor.”

“Mr. Purdue, I will personally see to it.”

“Forget it. Thanks for your help, Ms. Taylor. I will hold you to your promise.”

Reese hung up the phone and took a deep breath. Why did I make a promise that I’m not sure I can keep? she thought. She knew that many people make promises without giving any thought as to whether they can make good on them. They continue about their day, and if the promise is kept— good, if not—oh well, but not Reese. Reese did not make promises she couldn’t keep. She was determined to do everything in her power to give legitimacy to her promise.