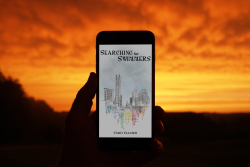 No one ever accused Jason of being a spendthrift. He knew how to manage his money, and as a result, the cutback was no big deal. His accumulated savings didn’t accumulate quite as fast. He made fewer trips to get his “medicine,” and spent a little less time at the bar. He was a bit more mindful of eating out and a little more self-conscious when he shopped at the grocery store. While he didn’t really feel the pain of weeks of lost income, he was still pissed. The work was the same mind-numbing drudgery, but the knowledge that he was doing the same work for less money he found morally reprehensible.

Jason did not believe in much, but he did believe in equity. He balanced things out by slacking off a bit more at work. Jason knew a thing or two about being a slacker, but now he had a moral imperative to take this to a “professional” level. He perfected the skill of looking busy by switching to his personal email. He had learned the hacker trick of tapping into his own browser without being noticed by the State’s intranet.

He didn’t really receive much personal email, mostly just spam. His program had a good spam filter, so he wasn’t concerned about receiving Sexy Sluts Take on Elephants. Most of his spam was just spam he’d in one way or another sought out—some band’s mailing list, The Daily Word, or solicitations from some charity he’d donated to. For about every twenty of these emails, he received one actual email from a friend or family member. And fifty percent of the time those emails were just garbage—a chain email from his mother, yet another picture of a niece or nephew, or a stupid joke. Jason didn’t check his personal email often because he thought it a waste of time, which is why he smiled as he opened it at work. Jason was a slacker, but he wasn’t an idiot. Emails were innocuous, and they looked enough like the State’s email program that if someone, mainly Brenda, came up behind him, she would be less suspicious.

He quickly scanned through the subject lines of the new mail. As expected it was mainly garbage. He deleted all subjects he didn’t care for, leaving a few that he was a little curious about and one he needed to read but didn’t want to. After skimming an email about how the country was going to shit and looking at a picture of his nephew in his little league uniform, Jason finally opened the last email.

Your first monthly payment of fifty dollars is due Monday, December 15. For your convenience, you may pay using our secure online service by going to www.CyroGenerous.com. We appreciate your contribution to the planet by opting for paperless billing. To change your status, please visit our website or call us at 1-866-438-5499 Monday through Friday 7 am to 7 pm.

Jason had nearly forgotten about his impulsive sperm deposit. After he’d shipped the package from his package, the knowledge of it had floated off into the ether. He was not a mental multi-tasker, and his pursuit of frugalness occupied most of his conscious thoughts. This email was a reminder—and a trigger. He was a bit offended that his sperm was being treated like any other commodity or service…like an eBay transaction. Jason considered calling the sperm bank to complain, but he didn’t really want to have lengthy in-person conversations with people about his spunk either.

Jason clicked on the link in the email to go to the CryoGenerous website, Brenda looked up at him and smiled. “I’m going to take an early lunch,” he said, “got an appointment.” He got up and headed for home to end this sperm debacle once and for all.

At home, Jason pulled out his laptop and went to the cryobank’s website and attempted to log in. He had forgotten both his password and his the answer to his first hint question. After several minutes of traversing the website and his email, he was finally logged in. In a few moments, he had canceled his account as if he were cancelling a Netflix subscription. He quickly received a response email confirming they’d received his request and that his specimen would be terminated. He would receive a follow up email once the termination had taken place. “That was surreal,” he sighed, “but at least it’s over. What was I smoking to even think about going through with this? Guess everyone has a lapse of judgment now and then,” he reasoned as he rolled a joint, deciding a cannabis lunch was just what he needed.