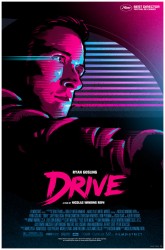 I guess I was right in my post about the movie Drive. I wrote, ”If you’re looking for the next Fast and Furious stay away.”

I guess some people missed my post because a woman in Michigan filed a lawsuit claiming the trailer misled audiences into thinking the movie would be more like the Fast and Furious movies.

This is hilarious. Granted, there have often been times when I’ve walked out of a theater feeling robbed, but never in my wildest dreams would I sue a studio, director, etc because a film did not meet my expectations, which is normally pretty hard to do.

But the number one lesson we should all take out of this?